A magnificent watchtower on the Pyrenees, the evergreen slope of Mount Samitier is merged with cereal crops, divided into agricultural roads due to the combination of properties that modified the genuine itinerary between Jaca and Sangüesa. In this scenery inhabited by farmers and shepherds, where the steps are transformed into soliloquies, the Way is spread with deserted farmyards, ravines of uncertain water level and a dull landscape of blue loams.

More than four hours’ walk from Arrés, the village of Artieda, also a sentinel over its natural promontory, is offered as an overnight alternative and gives way to the most resolute pilgrims. These, in their route to Ruesta, will approach the banks of Yesa Reservoir, walking between Gall oaks. Beside the bank of this ‘Sea of the Pyrenees’ is located the hermitage of San Juan Bautista, repossessed long time ago of its Romanesque paintings. At one step is the village of Ruesta and its Muslim fortress, witness of a brighter past, since like Tiermas and Escó was depopulated in the 1960s when the reservoir construction flooded its crops.

We leave the charismatic albergue de peregrinos, emblem of the traditional hospitality that determined the Way of Saint James when it revived in the eighties. Moving a few meters until the road, soon we will find marks that guide us on the left to go across the north slope of Mount Samitier. A path surrounded by boxwood descends to the cereal crops. 2.2 km. from the beginning we turn west, connecting with the GR-65.3 – Camino de Santiago that we left yesterday to climb Arrés. Then we walk straight on to reach the Pardina del Solano, also known in former times as Javierre Martes. This complex is located near of the barranco Guarda (ravine) and besides its agricultural and livestock activities is also focused on tourism, with a couple of accommodations.

The straight line prolongs one more kilometer, crossing the barranco Patral to turn northwest. We gradually cope with the interior monologue imposed by the landscape of blue-grey loams, remains of barren lands where gullies and ravines crudely cover the cereal fields. The route advances to the road that leads to the village of Martes, which the Way of Saint James does not visit.

After crossing the road, we go up to a flat area where the Labarta old farmyard is located. Over here we can enjoy the panoramic view, watching the village of Berdún and the Pyrenees beyond. Pay attention next to the Martes road: without reaching it, we turn sharp right to cover a 800 meters straight line and, after the riverbed of another ravine, we turn right to take another very long straight line until the Tejas farmyard (km. 10.1). In a little more than five minutes we arrive close to the barranco de Sobresechos, which has a footbridge that avoids unnecessary risks in the rainy season. In this way we advance in the province of Zaragoza.

About 600 meters later, we will cross the barranco Calcones (km. 11.1) and the holm oaks supplant the arid loams. The Aragonese Way advances under the southern side of the hill of Piarruego. 45 minutes from the Calcones ravine, crossing the grey badlands, we arrive at a farm building located next to the path that leads to Mianos, village that is recognizable on the left (km. 14.5). Our route, however, continues straight ahead. After 400 meters we leave on the right the old Mianos Inn, and through the place known as La Paúl we cross the ravine of La Muga (km. 15.3). One kilometer and a half later we will go to the road that connects Mianos with Artieda (km. 16.6), which we follow for 600 meters, crossing in between the Arriego ravine. At the feet of Artieda, the only intermediate village with some facilities, which is also offered as final of this stage thanks to its hostel, we have to decide if we are going to finish the day’s journey or continue to Ruesta. Overnight or not, going up to Artieda will be a gratifying effort; savour a soft-drink while admiring the panoramic viewpoint offered by this natural watchtower pleases anyone.

From the intersection, at the feet of Artieda, we turn right, arriving at 300 meters next to the farmyard of Peronero. We turn left, progressing westward on an agricultural track. When crossing the road that comes from N-240 road, we meet with the old Venta de Artieda (Artieda Inn), built strategically on the crossroads (km. 18.6). 800 meters later we leave to A-1601 Road (km. 19.3), which will disappear when the regrowth of Yesa Reservoir is effective and that will force to plot the pilgrims’ route to a higher altitude. We left the road 150 mt on the right wayside before the marker post km. 3, continuing onto the old road, which is in a pathetic condition. Over this road ran the Caesarea Augusta Beneharno, a Roman road from Zaragoza to French Bearn that we have been following at intervals from the first stage. This road, which came from Yesa and Tiermas and crossed the lands occupied today by the reservoir, is analyzed by Isaac Gallo, an engineer who is a prominent figure in Roman engineering.

We will follow the old road for about an hour, going across a stretch of 4 kilometers that in midsummer is really tough. Shortly after the marker post km. 6 (it doesn´t exist nowadays), we left the road on the left wayside (km. 23.3), taking a path that leads us in a little more than a hundred meters next to a smallholding, which we surround to cross the A-1601. Immediately after we take a path surrounded by Mediterranean vegetation. It opens a gap through the marcescent forest, reaching the battered hermitage of San Juan Bautista . This Romanesque temple was built in the 12th century and its nave was rebuilt in 1759, which collapsed in 2000. The hermitage displayed a valuable set of Romanesque paintings that were moved to the Museo Diocesano de Jaca (Jaca Diocesan Museum) (km. 26.4). We leave behind the chapel and turn to the south to complete the last part of the stage, going up slightly to the road that leads to the village of Ruesta, which stands out by its fortress. This village was left to their fate together with Tiermas and Escó when their lands were flooded by the construction of Yesa Reservoir. It was transferred in 1988 to the Confederación General de Trabajo, owner of the albergue de peregrinos and the bar restaurant.

(end of route)
From a pilgrim`s eye view

This secluded village is surrounded by mountains full of conifers and the Yesa Reservoir, also known in this area as ‘Mar de los Pirineos’, a pharaonic work inaugurated in 1960. Once water flooded the cultivated fields of several localities such as Ruesta, Tiermas and Escó, forcing the residents to leave their homes, had to pass several decades until Ruesta was transfered by the Confederación Hidrográfica del Ebro to the Confederación General de Trabajo. Undoubtedly, the Way of Saint James gives us today a visit to a secret and enigmatic open-air museum. We can focus on the Renaissance church of Nuestra Señora de la Asunción; the castle, which still recalls the history of this fortified place that was border between Aragón and Navarre; the old wall, ancient houses everywhere and a thousand and one places hidden by ivy. Besides the albergue, which set up in the 1990s, we can find the Casa de Cultura Ramón Acín (Culture House). It is a place that hosts meetings, lectures and conferences.

Albergues in this stage 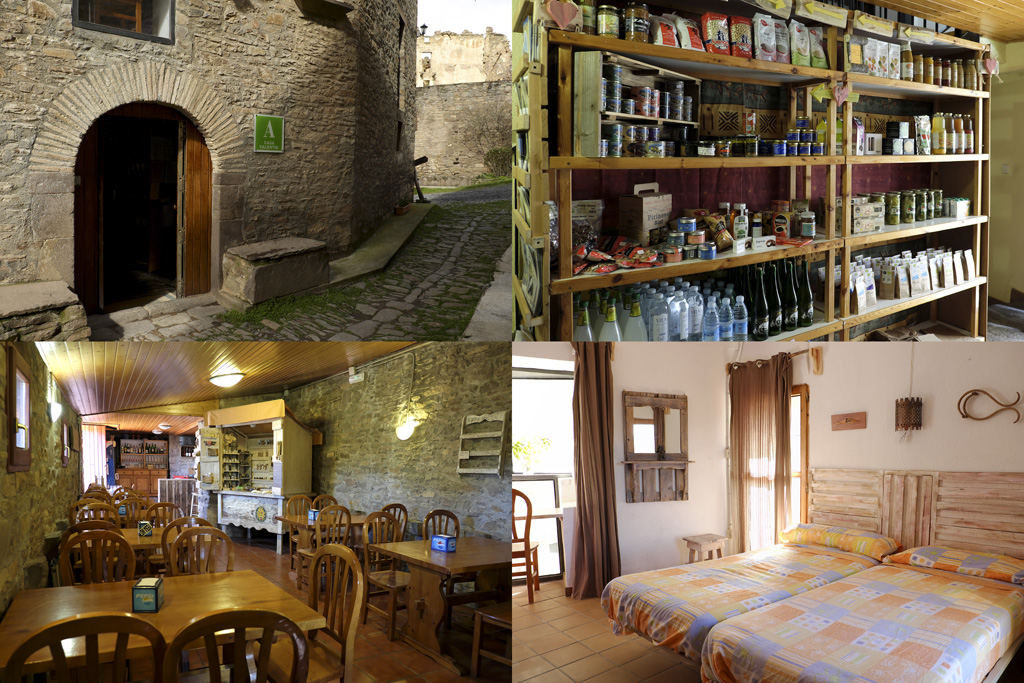 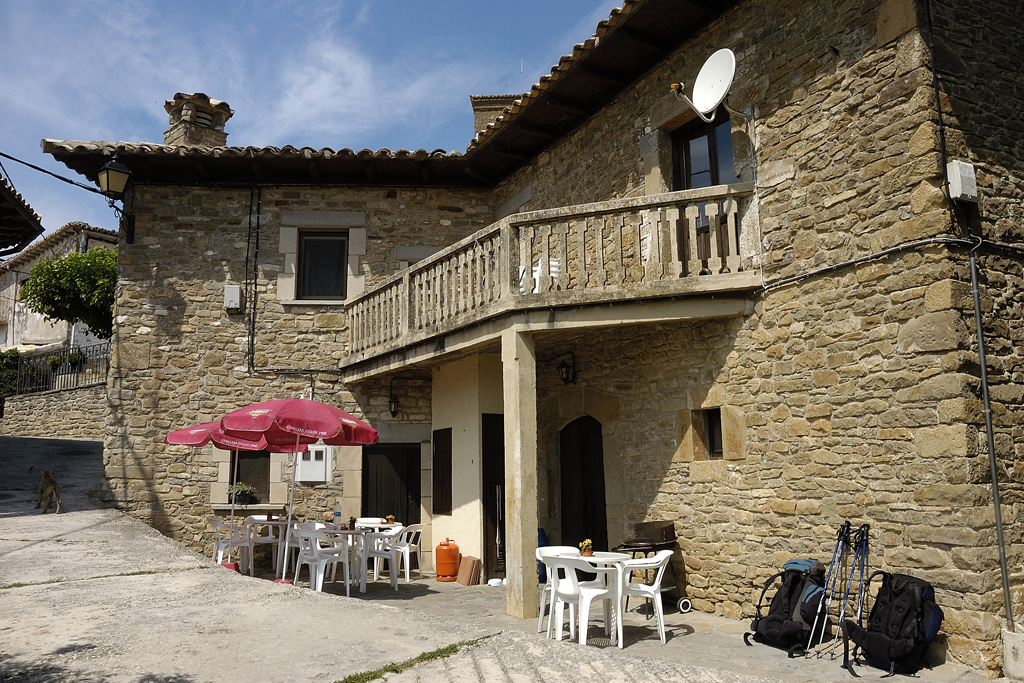 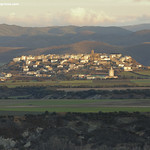 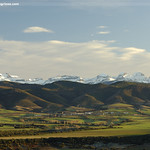 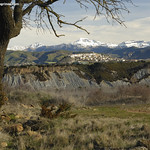 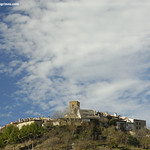 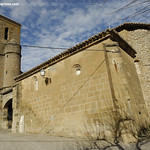 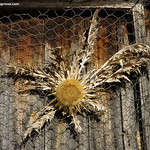 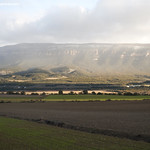 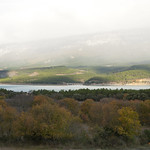 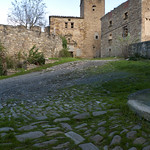 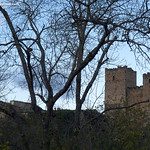