The Way of Saint James is awaiting a mointanous walk through Peña Musera mountain range. After crossing the River Regal, pilgrims can recite morning prayers beside the hidden Ruesta Romanesque Chapel. We begin like this, between repopulation pine trees, a gentle ascent by the place of Fenerol that rewards us with an incomparable panoramic view of the Yesa Reservoir and Leyre mountain range.

When the route reaches the highest altitude, the human figure becomes even smaller, the conifer forest disappears and the sky outshines before the ground. At a long hour’s walk from the top, Undués de Lerda, the last Aragonese village on the Way, fills this uninhabited space offering lodging at halfway. After Undués, the border with Navarre is left behind quickly and the rhythm is increased on the blinding tracks of combination of properties. Sangüesa appears after Llano del Real, village founded by the warmth of pilgrimages beside the River Aragón.

We descend over the stone pavement in searching of the River Regal bridge. The solid wooden walkway over the stone structure allows us to reach the opposite bank (km. 0.5), passing beside the campsite, the first building that was built when the River Ebro Hydrographic Confederation transfered Ruesta to the Worker General Confederation in 1988. We soon reach the fountain of Santiago and shortly after the 11th century Ermita de Santiago (Santiago’s Chapel) that could have in those days a shelter for pilgrims (km. 0.7).

A few meters away we take a forest track that we follow to the left, restarting the ascent between repopulation pine trees, attenuated in some places by deciduous species. Drawing some curves, our route exceeds the first two kilometers an altitude of 70 meters, tracing a sharp left turn (watch out!) (km. 3). From this point the ascent becomes somehow steeper, giving us a beautiful view of the Yesa Reservoir. On the oppoiste shore rises Tiermas, perched above the water and also depopulated alongside Escó and Ruesta, when these places were expropriated to build the reservoir. At the foot of the village of Tiermas there are thermal waters that bring together many people when the level of the water descends. One kilometer and six hundred meters after the last turn, the track joins another one and forms a junction in the shape of T, now turning right. A few meters behind, on the left hand side of the path behind the grove, is located the Fenerol farmyard (km. 4.5). We continue for two kilometers, reaching the highest level of the stage, which is around 860 meters and divides the boundaries between Ruesta and Undués de Lerda. 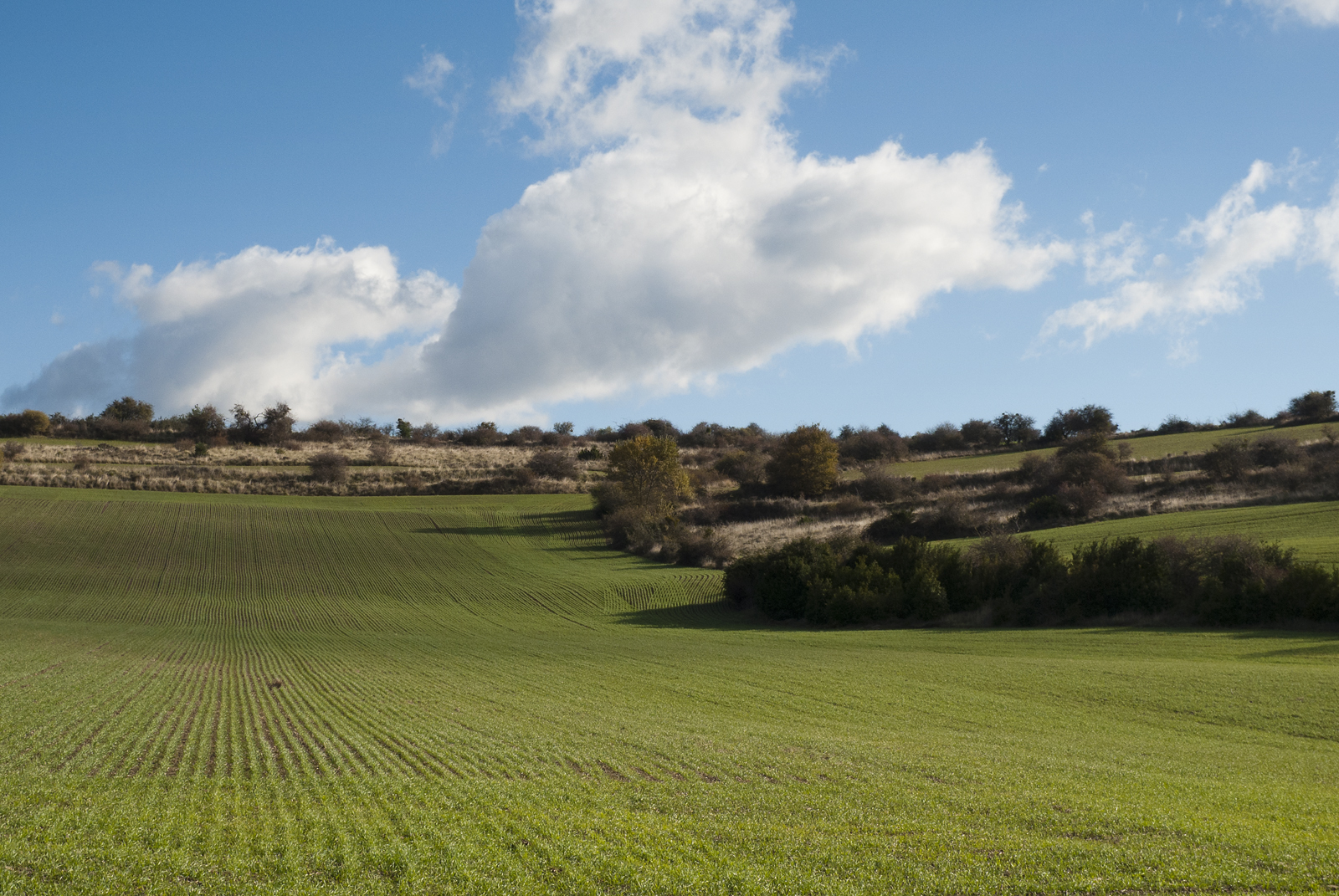 On the way to Undués de Lerda the sky stands out over the cereal fields. | CAMINOS PEREGRINOS

As Jose Luis Ona underlines on the Guía del Camino Jacobeo en Aragón, “a dense forest surrounds Ruesta while Undués de Lerda is as a vast space almost naked…”. We cross a paved track and took the cattle route to the left, taking shortly after the path that comes up to the right. From now on, the human figure becomes insignificant and the sky stands out from the cereal fields surrounded by bare mountain.

This section is comfortable, losing altitude and witnessing northwards the mountain range of Leyre, crowned by the aerial of Mount Arangoiti that we will see again tomorrow. The Aragonese Way crosses the places of La Sierra, Fuente Arruga and El Boyeral and 3.7 kilometers from the highest point of the stage we leave the track to take a path that continues the descent. Approaching to the village of Undués de Lerda we will walk on a section of good pavement that some historians describe as a Roman road; however Isaac Moreno, an expert on Roman engineering, considers it a cattle path with modern characteristics (Ingeniería Romana en los Caminos de Santiago. III-El Camino Aragonés). On the thalweg we cross the Molinaz stream (km. 11) and resolve the slope that separates us from the center of Undués de Lerda.

The pilgrims’ hostel is located at calle Mayor and it is a beautiful mansion opened in 2012. Due to its location, it is especially welcoming to the pilgrims who spent the night in Artieda, 22 kilometers behind. As the only intermediate population, Undués de Lerda stands in the most appropriate place to rest and regain strength. In the highest place of the village we can visit St Martin de Tours’ Church; the most remembered legend of Saint Martin (316-397), bishop of Tours, relates that he shared half of his cloak with a beggar who slept out in the open. In some images of the Saint, the beggar has been represented as a pilgrim, therefore the correlation between Saint Martin and the Jacobean Route. Just leaving the centre of Undués, the pavement becomes a comfortable track of soil and small stones that leads to an extensive panorama, already covering the Navarrese landscapes. Our last steps in Aragón run into old buildings and ruined farmyards, traces of the past that we remember in this journey through the time. We descend slightly for 2.4 km. until the CV-684, being able to ride out stretches of water and mud in the rainiest months (km. 13.8). 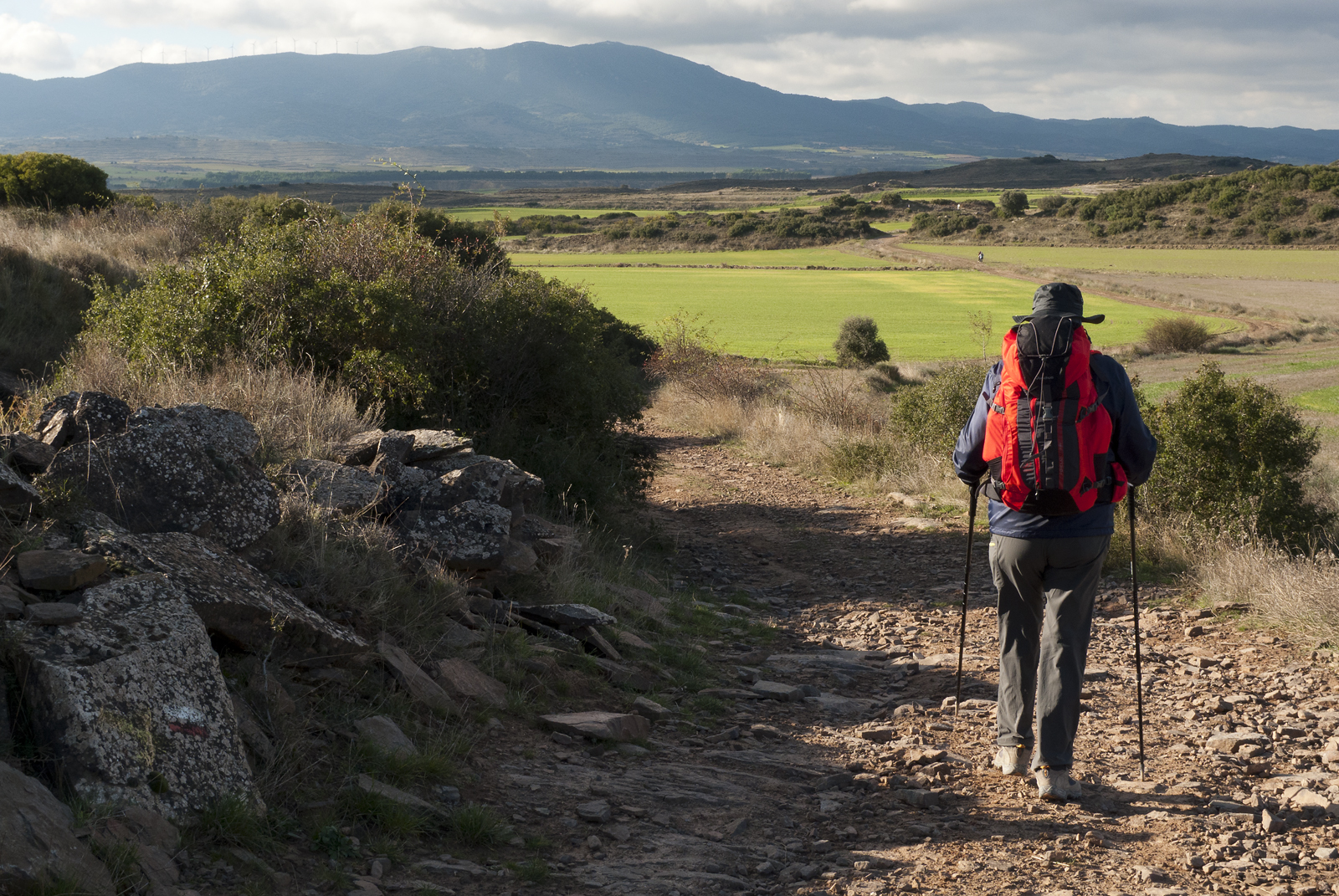 This pilgrim leaves the border between Aragón and Navarre behind. | CAMINOS PEREGRINOS

The Aragonese Way crosses the road and goes straight on the track. For those who are interested, the Javier Castle, birthplace of the missionary and religious San Francisco Javier (1506-1552), patron saint of Navarre, is 4 kilometers following the road. From Javier to Sangüesa there are another 7.3 kilometers following the NA-5410. As we said, the Aragonese leaves behind the road and after a kilometer reaches the border between Aragón and Navarre, where there is a boundary stone carved with various symbols. If we take a glance southwest we can discern the silhouette of Sierra de Peña; while the track left behind the service road of Las Bardenas Canal (km. 15.5) (if we follow it to the right, it would also lead us to Javier Castle). Beside the track there is a Jacobean signpost that indicates 6.5 kilometers to Sangüesa, while we see to the right the ruins of the village of Arbea. Amid wide crops, the gravel track -blinding under the sun- continues forwards. This way we will arrive at a crossroad where we find ‘Puente de Berrueta’ signpost (km. 17.6).

The track extends for another couple of kilometers until a prominent mound known as ‘Cantera Redonda’ (km 19.3), where we left the track turning left. That way we take another track that crosses a series of agricultural plots. After we lead into a paved track that we follow to the right; it is Camino de Fontetas (km. 19.8). It crosses all the place of Llano El Real, colonised by country houses with their respective vegetable gardens. It takes almost two kilometers to pass by a silo and under the NA-127 (km. 21.6). Two hundred meters later, we cross avenida de Aragón with caution and continue straight on through calle Magdalena, between the bull ring and Cooperativa Vinícola San Sebastián. We lead into the roundabout presided by the portal de Carajeas, also known as Tajadera, one of the doors of the old wall that was raised in the 13th century to protect the neighborhood. After the roundabout we follow calle Enrique de Labrit and on the left side, next to the number 40, is located the pilgrims’ hostel.

(end of route)
All facilities
From a pilgrim`s eye view

This village took shape on the banks of the River Aragón as a result of the Jaca privilege awarded by Alfonso el Batallador in 1122. Following the route of the Aragonese Way along calle Enrique de Labrit, we can contemplate San Salvador’s Gothic Church, founded by the twelve knights of Sangüesa at the end of the 13th century. The herculean porch beside the street was built in the 16th century. We continue straight on and join with calle Alfonso el Batallador to stop at Casa de Cultura, located in the Vallesantoro baroque Palace, which stands out for its façade and the wooden eaves. After we will lead into calle Mayor, where we turn left towards the river to visit the cream of the crop: the Romanesque church of Santa María la Real. It has a spectacular facade from the end of the 12th century that appears in every book of art history that values itself. It has the signature of Maestro de San Juan de la Peña and Leodegarius; the huge number of small sculptures that illustrate it represent the sky, the Judgment Day and the different classes of the medieval society. If we go back along the same street we will discover the town hall at number 31, built in 1570 on the old castle and characterized by its arches. About a dozen more Gothic and Renaissance manor houses await scattered in the village, proudly displaying their eaves and blazons. From the main street we can take the less crowded calle Santiago and approach the fortified church consecrated to the Apostle in the 12th century and built in Romanesque and Gothic style. Inside there is a carving of Santiago dresses as pilgrim that was hidden until 1964, when it was unearthed.

Gastronomy and food in Sangüesa

Sangüesa is famous for its pochas, a variety of white beans that are harvested shortly before its maturation. These white beans are very tasty if are accompanied by vegetables and fresh chillies. The village has a large variety of bars and restaurants that provide tapas, pinchos, toasts as well as assorted menus with vegetable stew, roasts or lamb in chilindrón style (cordero al chilindrón). For dessert, although it is a typical Aoiz recipe, some restaurants offer costrada, a sponge cake filled with cream. 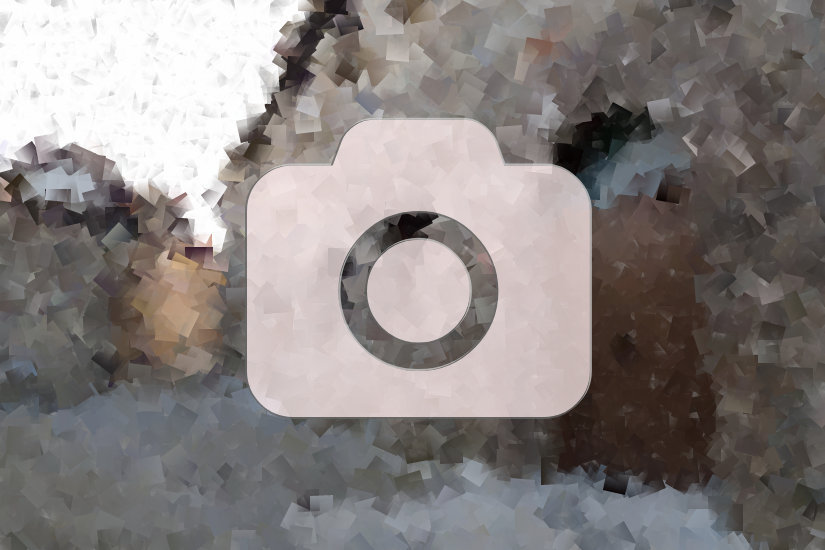 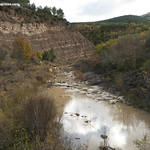 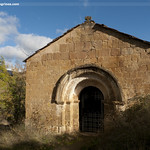 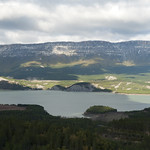 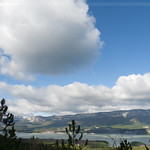 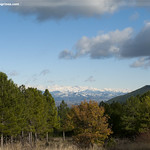 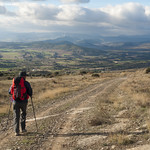 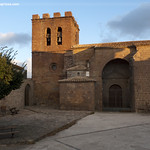 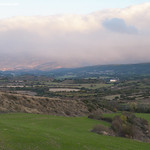 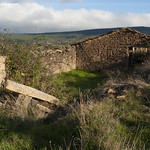 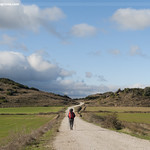 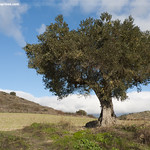 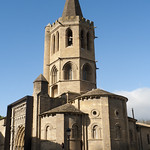 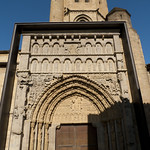